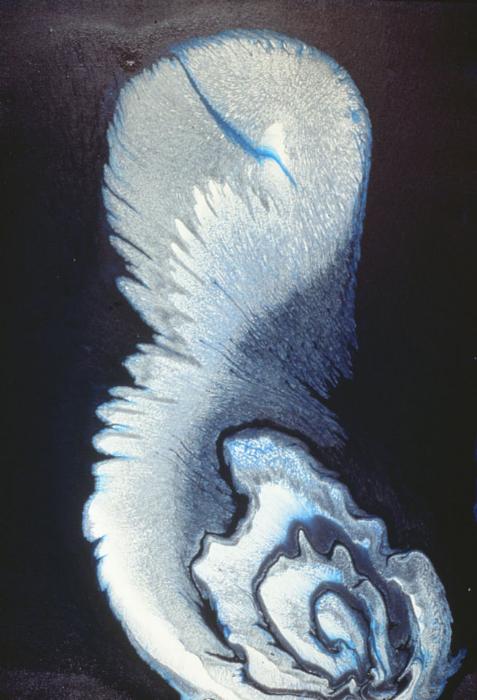 Alone by Jim Fuess
ISSA’S LAST POEM
As they carry me out on the stretcher and set me down on my back in the yard in clear view of my rickety home as it burns, I attempt to recite from the Blessed One: All is burning, all is burning. . . Tears rolling down my cheek as my recent writings change to black ash and blow away in the snow, growing heavier now. New words forming even now. Old and sick, I observe the way the snowflake falls on my blanket. I cannot shed this vanity till death, I still believe it essential to repeat slowly the words as they come to me, again and again, under my breath, in case I ever get my hands on a brush again: speculations of this nonexistent fool, and yet— what was the meaning of it all, what else was I good for? For a moment, each time, suspecting the poem might be just slightly less illusory than all the rest. I was ashamed; but not so much now, now I wonder. But nobody pays attention to what the old with such awful effort are attempting to convey. I raise my head, snow right in my face, so many poems—a handful are good, I think. And the best of them resemble the large snowflake, so beautiful, this one right here, lighting on my sleeve before it disappears. This snow on my bedclothes: like everything else, it has come to me from the pure hand.

Issa lived about 200 years ago and wrote about 20,000 haiku. That is a depth of years and poems that suits the four dimensionally layered metaphors found here. The reader is free to coast on these lines or tunnel deeply. As I write this, it is -35 degrees outside and a thick blanket of snow for miles around. However, the memories that keep returning are from when I was barely old enough to belong to a volunteer fire department and being called to a burning farmhouse. That is just part of my personal relationship with the poem, but the image of the gray and black flakes, some still smoldering, landing on the sleeves of my new jacket is vivid and will be ever linked here.

Despite being long ago and far away, the point of view here is accessible and affords an ease of entry for explorations. For instance, the idea of a poet’s “last poem” is interesting in itself. Yes, every poet will have had one, but which poet knows it at the time? What poet consciously and successfully performs it? When does the last drop come from the leaky tap or which is the last flake to have a soft landing? Yet, each is once last.

The poem starts out in the reality of the poet being carried out of his burning house a few months before his death. “All is burning…” denotes not just a house, but a life and the universe itself. Issa seems aware on an instinctual level of a modern scientific paradigm. I even imagine him looking a little bit like Mr. A. Einstein.

Recent writings burn, turn to ashes and blend with the snow. The metaphors are familiar, timeless, but still as elusive as trying to isolate a single snow crystal. I will leave it for readers to explore for themselves the metaphor of poems being snowflakes. For Issa, new words form like the flakes manifesting above one’s head out of gray, fuzzy chaos. The poet unfolds the world.

“I observe the way the snowflake falls on my blanket.” This sentence seems to capture the essence of that faint grasp I have of Haiku. We have prose poetry, why not prose Haiku? Is this the last poem as he recites the words to himself so they won’t be forgotten? Does that action sound familiar to the poets reading this? He had no brush; some of us might not have a pen, or cell phone with voice notes capability. Many of us create poems without any form of writing. Poetry will always be idea and sound, do we capture and store it by reaching out, or letting it simply land on us?

“…speculations of this nonexistent fool, and yet— what was the meaning of it all, what else was I good for?” This seems to be real insight into the mind of a poet; not just Issa or the author, but many who consider the philosophy of poetry.

“For a moment, each time, suspecting the poem might be just slightly less illusory than all the rest. I was ashamed; but not so much now, now I wonder.” Quite beautiful; from shame to wonder….

The poem is multi-faceted. It is a tribute to an iconic poet, it resonates as an image, and it is a fascinating study on the nature of poetry, the poetry of nature, and the mind of the poet.

The poem ends with the poet contemplating one snowflake on his sleeve. It is the “one right here”, “last” as most recent, unique but nevertheless coming from the same truth of natural principles as all the rest.

Do poems melt? We finish reading or writing, close the book, and sooner or later think of something else. When we return the poem seems the same flake but has actually changed in how we see it. We have changed and the flake’s fractal character is observed at a different level. Also, each reader experiences a poem differently, perhaps in the same way that no two snowflakes or two observations are identical. Did Issa know this? Perhaps at some level he did, his own experience being a unique poem among the set. The poem makes Issa seem very humble as perhaps he was. Do poems come from the “sky” or do they emerge from the air? Is their meaning, if any, external as in a reader, or totally created within the poet? If a snowflake fell in a long ago forest, was it a poem?