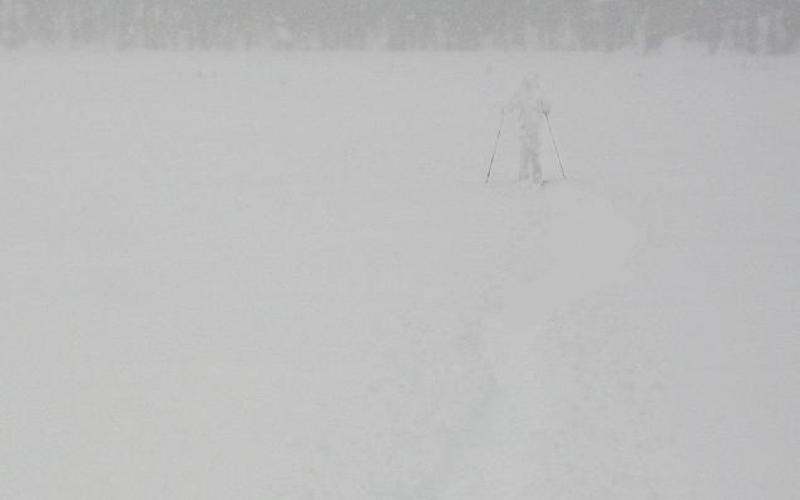 1.
Dearest Citizens, I am told our city is ripe for tourists on the Somalia-Darfur-Eastern Congo-Ciudad Juarez-Haiti-Chernobyl circuit. We could be blowing coal smoke up the ass of Murmansk soon! Think of it! Pushing back the mud, controlling the mosquitoes cleaning the cemeteries, by this time next year!

You Russian girls — famous for your makeup and short skirts at forty below — please stroll the streets and do not complain much or accept prizes. You men — beloved for quoting Pushkin and kicking dogs — oh yes, I forgot there are no dogs left — quote Pushkin, then.

As for food, it is said that tourists expect bacon. Whatever that is, we shall find it. The miners underground in the latest incident are blots — let them go. I still have gas for ten miles, the Vice-Mayor has vodka, my wife will cook fish. Please bring fish. Please bring vodka. Please

bring my wife. This time next year, our pockets full of rubles, we’ll take the train to Vladivostok, go north past Sakhalin, overnight at Providentia, and ski across the Strait to Alaska. Then Miami. All of us. Let’s leave signs behind: “It’s Happening in Vorkuta.” “Warm welcome to the Gulag.” Thank you, thank you. Now home you go, and haha, no dying on Main Street!

2.
The boys used to sing a hearty song about how to have sex
while wearing a fur coat, wool trousers
and six-month-old underwear.
With twelve people to a room,
most of them grandmothers, we
had to go outside,
but there’s little privacy in Vorkuta.
The reindeer here are curious — how many times
we had to push them away — those were the days!

Girls? there were no girls — don’t ask for the moon, it’s Vorkuta —

3.
I lie down in the howl
and die, my body soon covered over.
Nobody misses me. They’re all
too cold to miss anything.
Singing a sad song
the other miners lie down and die too.
Each workday we get up and do it again;
that’s how it is. Freezing, death. Labor. Exile. Again.
Still, the song is not bad —
about a maiden picking cloudberries —

4.
I wasn’t coming out for anybody, it would just lead to more rending.
While the tearing went on I lay undercover
examining the blinds through which a low sun
seeped. I was not unhappy so long as no one watched,
no busybody. Concrete floors, a single lamp with a red shade,
low sounds of humanity in the street slushing through snow.

A man tried to come in by knocking then kicking then using an axe.
My door doesn’t open unless I tell it to. He left some hot soup steaming
in the corridor. I couldn’t help but greedily eat, but generally speaking
on Sundays in Vorkuta, when men roam with soup and axes,
it’s best to remain in bed.

5.
How a respectable cheerful smart
middle-aged lady can be wrapped in rags inside:
blizzards run through her, but
you’d never know. Her feet feel blackened, bandaged,

but to the world those are cute shoes.
The workday starts early with the moans of prisoners,
clang of steel doors; all day she’s deafened by the noise
of heavy machinery; the food’s so bad even maggots leave it.
Dark falls at 2 p.m., night’s a miserable thin blanket,

while to the world she sits at Starbucks
reading the New York Times
shopping bags at her feet
diamond around her neck.

You think this is depression?
this is not depression.
It’s a parallel gulag universe
where latte is made of reindeer piss.

6.
mosquitoes whining around the bare bulb
bedbugs like soldiers with bayonets tonight

Yet I love Vorkuta.
Not so long ago
some cousins lived here
while serving their sentences.

When I’m in Vorkuta
I’m unrecognizable —
the old zeks follow me,
I stay drunk all day
and watch American DVDs.
Nothing else to do; enough
to have made it to Vorkuta.

Looking out the window
at the slag mountain, I think:
what a freaking relief to
spend Saturday night in Vorkuta!

I come here whenever my job permits.
I slip away from my husband
I don’t wear a bra.
It’s fine to wear jammies in Vorkuta.

hedgin his like he said
a monk of spiritual
he doesn’t love me hedges like
he’d keep me
for occasional
Hey, look, your tear broke off
your nose and fell on your collar.
It’ll be cold tonight.

true I went looking for a
& tried hard to catch it when it
came close breathin all that
now another is chasin squealin
& she’ll do so why’s he resisting
still keeping me following it ain’t
Can I have your supper then?
No, I’m listening, really I am.

me it’s all of us he wants but I’ll quit
this useless I’m out of
she runs down the baying
& she’s good he should stop hedgin
I wasn’t hedgin naive as a . . .
Serves you right. Love-talk in Vorkuta!
At least your boots fit.

9.
God visits Vorkuta, turns around to his driver, says get me out of here.
He leaves behind an open gate and we all swarm out —
it’s twelve hundred miles to the nearest city, though,
and God forgot to leave planes. Maybe he’ll turn around;
maybe he’ll pack us into his limo, it’s dangerous standing
in the wind, but nobody’s coming, it’s Vorkuta.
Let’s go back in, I say through numb lips. There’s gruel.
At five o’clock we can play a game of chess.
If God is good, he left us a couple of old Playboys.

10.
My best friend the madman of Vorkuta
used to listen under the lowering clouds for birds.
That one’s a phoebe bird, he said, smiling, pulling off his ear,
handing it to me, and I listened to his icy conch.
A phoebe, probably. Maybe a dove, the wind blows, it’s hard to say.

I lay in wait all night trying to catch it.
These were dark days, and my friend’s happiness was suspect.
In truth, we had no birds, I knew it,
but I wanted birds, I wanted them badly.

Watching my friend the madman, I could tell he was holding out on me.
I turned out his pockets while he slept and lo, a feather!
You could tickle your nose with it. You could verify it,
photograph it. When he found out I took his feather

he walked out into the storm and slumped down. We found him
holding his stiff finger out as if it were a perch. A bird
sat frozen on it. A dove. Lots of bones. Barely a mouthful.

*     *     *     *     *     *
Review by Christine Crockett
I enter Vorkuta a foreigner, nose pressed against weather-torn bus window, slightly smug in the fact that the wind and ice can’t touch me. But the poem’s itinerary has little to do with travelogue or ethnography, and my ride isn’t as easy as that. My tour guide has quirks, throws open windows, summons voices, lets the weather in. Turns grow capricious, and we spin into unmarked tundra. It becomes increasingly clear that our side trip into Vorkuta is not so much about documenting the unfamiliar as it is immersion — a striving for connection that obliterates every other consideration. The deeper in I travel, the more detached I become from culture or anecdote, until sense and logic are rhymed with the condition of — rather than the conditions in — Vorkuta. Keats coined it negative capability, this absolute absence of any “irritable reaching after fact and reason.” The citizens of Vorkuta inhabit a less accurate but more certain geography. The tourist grows less foreign. When I stumble upon the mysteries of the prisoners, statesmen, miners, lovers, I understand each of them as I might myself.

But the poem also breathes some real history. The conditional “yet” of the title is a reminder that present day Vorkuta is a place that exists in response to, in spite of. Any perceived progress in post-Soviet conditions merges with the terror and madness of its recent past. For me, each vignette pulses with this double-life. The fashionable shoes of a Starbuck’s patron hide the shame of her “blackened, bandaged feet.” The children of the gulags still labor, freeze, and adapt to conditions, whether mining or politicking or loving, with the stoic acceptance of prisoners. The village seer tames and pockets an elusive bird with the fervor of the dead poets who committed lines of verse to memory in an effort to quell the starving. Weather statistics attenuate to the subtlest shifts in wind chill, as women brave the blizzards in thigh-baring skirts, and young men slip past grandmothers to hump their girls in the drifts. The mayor brags with the same gusto as a concierge at a palmy resort, oblivious to the stripped and gutted quarters he glad-hands us into. And so, the more beaming his praise, the more I smile at his errant pride. The more platitudinous his welcome, the more glaring the spotlight that sweeps over Vortkuta’s stark backstreets. The more generous his promotion of Vorkuta’s citizens, history, sites, the more he skewers and exposes their limitations. Guilessness is the weapon of Vorkutan wit. And yet.

Perhaps it’s this very guilelessness that tricks me out of my tourist comfort. Soon, I’m not really in Vorkuta at all. My tour guide has utilized this foreign framework to process universal empathies, until observational details — in this case the legacies of prison life, factory labor, claustrophobic housing, food shortages, layer upon layer of impossible snow–are elevated to some Vorkuta state of mind. And in that high, sub-zero place beyond fact or reason, I assume it as my own and marvel to myself: How accustomed one becomes to the freeze and wind, how, in spite of this condition, an inhabitant will find ways to sing, hunger, preach, and pitch. And to savor each boney mouthful.