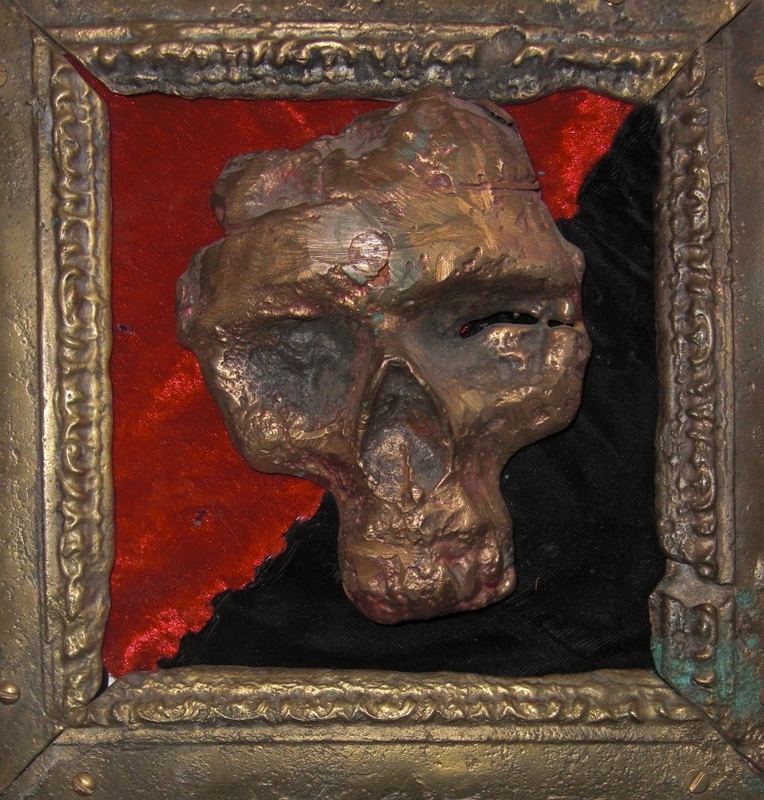 The Bat and the Ghost in My Ex-Girlfriend’s House

in your curtains, another fur-caped villain has crept
to the top of beauty’s haunted tower…

Ah, it was barely alive by the time we noticed, mere
wobble and flit, incorporeal

and peripheral like the ghost of that Victorian bride
we used to conjure up, murdered

in your firetrap attic. Remember spooking ourselves
with her tubercular coughs? Her footfalls

outside the door? We’d claim visitations, see her

the bedroom mirror. What could she want from us?
Kisses? Pity and revenge? Maybe

like everyone else she could never
figure out a way to be here. Or exactly how to leave.

“The Bat and the Ghost in My Ex-Girlfriend’s House” plays obliquely and unusually with properties of the Gothic and Romantic novel – not only bats and ghosts, and a “beauty’s haunted tower,” but the myth of the Doppelgänger. The image with whom the couple pleasantly scare themselves, though they imagine her as a “Victorian bride,” really comes from the future, not the past. She is the fate of the relationship; it is what she grieves, the cause of her despairing glances [in] the bedroom mirror. In the “now” of the poem, the affair is over, though only the word “Ex-“ in the title reveals this fact. Not being shown the breakup, but only happiness and an apparently innocent shared fancy, lends symbolic depth to the ghost and a unique pathos to the poem. The understated ending –

… What could she want from us?
Kisses? Pity and revenge? Maybe

like everyone else she could never
figure out a way to be here. Or exactly how to leave.

may also be read as suggesting an unadmitted fault in the relationship: neither the speaker nor his ex could quite figure out [how] to be here.

The poem would lose none of its power if it were more tightly worded. “Exactly,” in the last line, adds nothing. The casual intensifier “up” (“its elbows wadded up,” “we used to conjure up”) is clutter. Use of the conditional tense for repeated past action is always awkward, made more so by the contraction apostrophe-D, and seldom necessary: “We’d claim visitations” and “whenever she’d cast despairing glances” would work better as “We claimed” and “when she cast.” Addressing the lost girl-friend (“Remember spooking ourselves”) in the present tense is a strained, mechanical convention; so is the “Ah” in Line 6. The first stanza,

reduces (again, without loss of power) to: