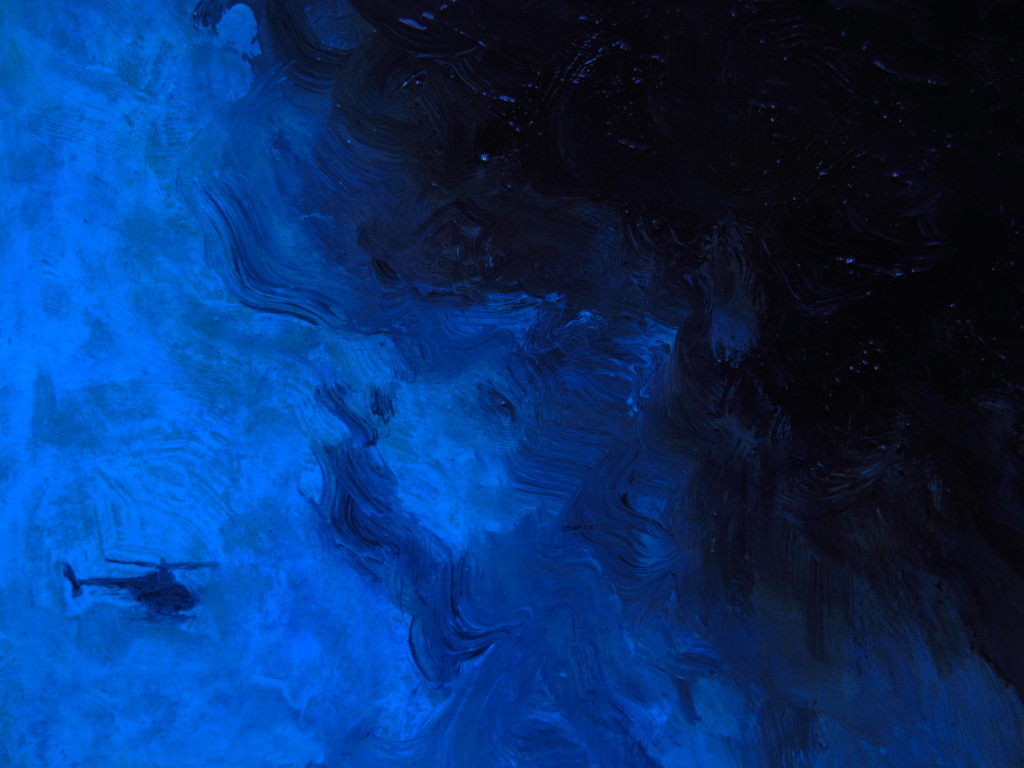 When the hurricane had passed
He looked down from the rooftop
And saw his aubergine head floating sideways
In the flooded canal—the drenched gondolier
Cleaning Newfoundland halibut
In time for that night’s dance.
In between, a shoulder rocket felled the 747,
Causing a ruckus. Various political solutions
Contemplated by a triumvirate of cellists.
Some souls escaped from Dante’s tenth ring
And were placed in charge of reconstruction.
He took a lot of small steps
Rather than one big one because methane gas
Was thick, and breathing labored…Here come
The troops, led by a Spartacus clone,
Fearsome, scythes raised, paddling upstream.

Plenty of ice cream sandwiches available
To be passed out by the Red Cross.

And so he stood poker-faced at the fringe
Of the tall building, his retinas extruded.
The little bird, the one with forged wing
And loud chirp, then lifted him from the roof.