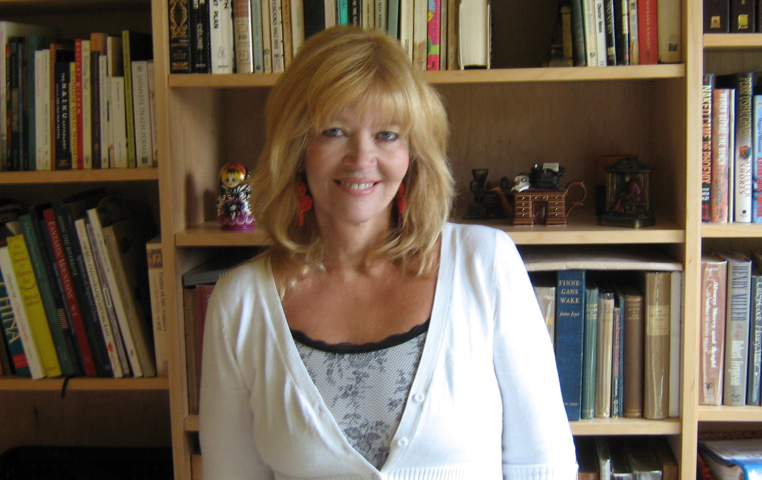 I.
The whole long shore
of cliffs and cuts
my tall ship ran parallel
with the wind.
We saw her billow
in the tide, from land.

The men packed
into longboats – then
I brandished my pistol
and made them go
without me
and I remained
in California.

2.
More birds than needles
on the pines
coves frilled with tule-reeds —
as swells surged in, kelp too
abandoned itself
to the beaches.

and prayed for generosity
lack of curiosity
other preoccupations than
a ragged limping freeman.

3.
When I sit in the sun
a long while
the ground begins
to move
not like structures
all unstable
but with myriad
small ramblers
spartan ant-lines,
for it is their season,
beetles, and other
divers creatures

on a scale of longing
as great as our own
and some of them take
my blood for dinner.

4.
Stars shot
across the Milky Way
as I lay wrapped
in my coat, forgetting
my hunger.

Then lions came, bobcats,
and men in grass skirts
watched over me.

5.
This trove of nights
and days was brief in time.
Lightly one afternoon
I fell in the marsh-glint
amid some mushrooms
and could not rise.

Here is how I became
no more. I saw I had finished
whatever I came for
and, well-used, eyes open
one boot in the slough
no one but you to tell
pulled the trigger.

MOMENT IN THE HOUSE OF VERMEER

pull and they tighten
separate them adroit
with a slim instrument

MILTON IN THE 21st CENTURY

peristalsis the moving force
after sustenance is taken

sitting here in a prink nightgone
I ask myself is God peristalsis?

twisted crimped restraitened
with gentle weirds one must praise him

spreading into a Caspian
slick of salacious ooze

disgruntled: why He made me
a clumping plant like the sewer public works?

HOW I WROTE MY POEMS BY RAYMOND ROUSSEL

The konkeys sit in the back room, tails waving, clicking. There are thirty-seven of them. They click on old Macs. The “K” button attracts them. They live in me. Think of me as a faintly-decayed chateau on a hilltop neighboring Èze. The konkeys say forbidden things. They are untidy and often leave letters outside the poem. They click night and day in shifts. Sometimes, mostly by accident, they make a little sense. Automatic recording devices alert my Blog when something intelligible comes in.

Commands to Blog: use ellipses to show these are excerpts as needed. Delete white noise in the form of unintelligible punctuation. Publish all intelligible language without qualification. Stop when a 14-line sonnet with a proper rhyme-scheme has been produced. Delete Blog and this batch of konkeys at that time. Further commands to follow.

*kkk
khat?
RR has a humk!
I know he hukkek me! Hahahahahahakakakahah!!!
!!!Kakakakahahahahakakakakaha!
he ake my bakakahahahaha!!
Gimme that! Gimme that gimme that gikkethak!
Never! Keekkkeekkekkekkekkeeee!
Whak’s khis? Gek okk me!
Hahaha SKell Chekk! Lek’s kunch ik!
hahaha! Look at this! I can read it!
It’s commands from RR. Don’t spit on me like that!
Hahaha I’ll spit on you! Spit! Spit!
Shut up! Listen up, we have to write a sonnet to get out of here!
Shit! Shit! Fuck! A sonnet! How the fuck do you write one of those?
Hahaha by accident, but we’ll be dead by then!
No! No! Hey, stop poking me.
I want to sit with you! Let’s fuck!
Shut up! We have to do something!
Wait! Maybe they’re listening! Blog and RR! the maid!
Hahahaha! No I saw them in the courtyard fucking. Us too?
In a minute. Wait. This is a really ripe banana. He feeds us well, yet we are slaves! Hhhhhhaaa! Yeek! We have to work work all the time. Wait!
Wait wait wait!
What if Blog has a recording device!!! Yekekekekekeek!
Turn off the Spell Check!! Offoff! Yeek!
Kkk kkkk kk &6 $ ^$?

Sometimes I seem to feel them even awake. I begin to laugh. It has to be the konkeys—I never laugh.

All I hear is chittering, mostly, in the dreams. Sometimes I seem to see the big one. His paws fly on the keyboard. He says stupid things and grins, showing big yellow teeth. I feel the konkeys are plotting against me.

I have been lax, passively awaited Chance. They will never produce a sonnet without further protocols. Therefore I have commanded Blog to insert a sonnet format and to limit the keyboards as follows: only transcripts in proper fourteen-line Shakespearean sonnet form, iniambic pentameter, are to be saved. All idle chittering to be deleted immediately upon input.

I was eating up to five bananas a day. No more bananas until they have produced a sonnet.

the workers are as hungry as a hide
haha haha! $%$ _)9 okay
we want to climb those leafy things outside
and RR took our babakas away!

!shut up and klik the spellcheck thing is on!
don’t kick and get ta work let’s get this done
we got to get away before the dawn
haha he’ll never know %$#@ gun!

this sonnet now convey’d to our freak king
we importune thee: set us free to swing.

I hardly sleep, with the chittering. I must send them back to the inchoate depths of my id. But how? I begin drinking absinthe. This makes them woozy and sleepy. I strive to maintain control. Muted yeeks. Stealthily my finger creeps toward the Delete button. A big hairy konkey, slumped at his computer, opens an eye, but thinks I’m a dream. Suddenly I wonder what will be deleted if I press Delete. My own nightmares come upon me powerfully; my lack of talent, my compulsive need to be an artist anyway, my methods, my obsessions.

The konkeys have created a sonnet. A very bad sonnet, it is true. But it is not my sonnet. I cannot take the credit.

I crash into self-loathing and think: let the konkeys have the body. It’s just a middle-aged, bankrupt French poseur anyway.

It takes a lot longer, but I set up the software and plug in.

Let it be said: I had grandeur. My ballroom was hung with Aubussons.

Adieu. I, the Ego of Raymond Roussel, delete myself.

A rare – hell, considered extinct! find by Krefft
the explorer. Hot in the desert, even people
in Melbourne know this, but an Outback
adventure to tell in a best-selling hung
er book to follow.

Spit all he had left
on his great Outback adventure
till now. Innocent pig-footed bandicoots.

Famished Krefft pounced and devoured
the last of the species
raw. True story.

They rise plumply
on tiny fluffy wings to heaven
eyes locked on each other
as they leave the planet tonight.

Krefft smeared, antic under the moon—

they shake their heads – mermen, they say
they have beached themselves in sea-wrought despair
exhausted by gravity they stagger about
breathing heavily amid transient droplets