The Leaper
by Carla Conley

The dark will end the dark, if anything:
God slays himself with every leaf that flies,
and hell is more than half of paradise.
E. A. Robinson

He told me there was something to be found
in deserts. Blanched ecstatic by the sun,
he burned until the caves came stumbling
to find him. There are colors; there is source

inside the hollows, so he said to me
and wandered like an innocent until,
autistic as an island, he became
the very thing he fled. Each crazy day

alarmed a lean surrender when the night
came murdering. He noted there was white –
too much of it. He spoke about a fog
that strangles any meaning. He became

a pilgrimage in circles, but there was
no way to go but deeper and within
the nexus he’d be lost. I tried to find
his hand but it was absent; mostly, he

was gone by then. He slept a thousand dreams
and some of them were merciful with wings
that caught a falling leaf. He was afraid,
he told me. He went walking. He was brave

in truth. He had a feeling he might find
a desert in the air, another cave,
or anything with exits. I can see
him leaping in the darkness to defeat 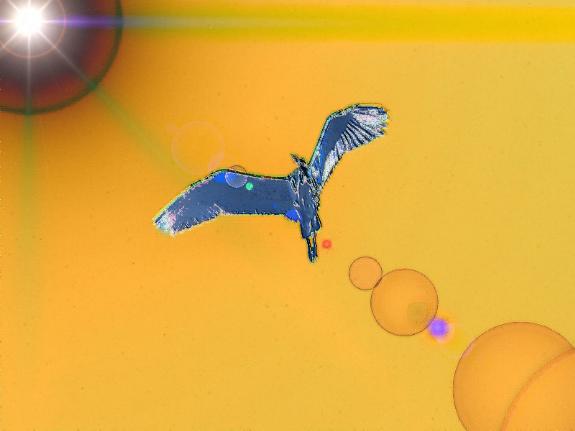 Out of Body, by Brenda Tate